It’s been ten years since I last posted some statistics about the site – time flies!

Let’s see what’s happened since then…

Ten years ago the 3,434 diary entries had 58,603 annotations. That’s now grown to 71,769, so there was obviously plenty still to discover and discuss on the second read-through. It’s an average of about 20 annotations per diary entry.

Here’s a chart showing the number of page views per month since 2006:

We can see the second cycle through the diary has had slightly fewer views than the first, unsurprisingly, but around 100,000 page views per month across the site still seems like quite a lot.

Here’s a map showing where visitors to the site have come from since this read of the diary started in January 2012: 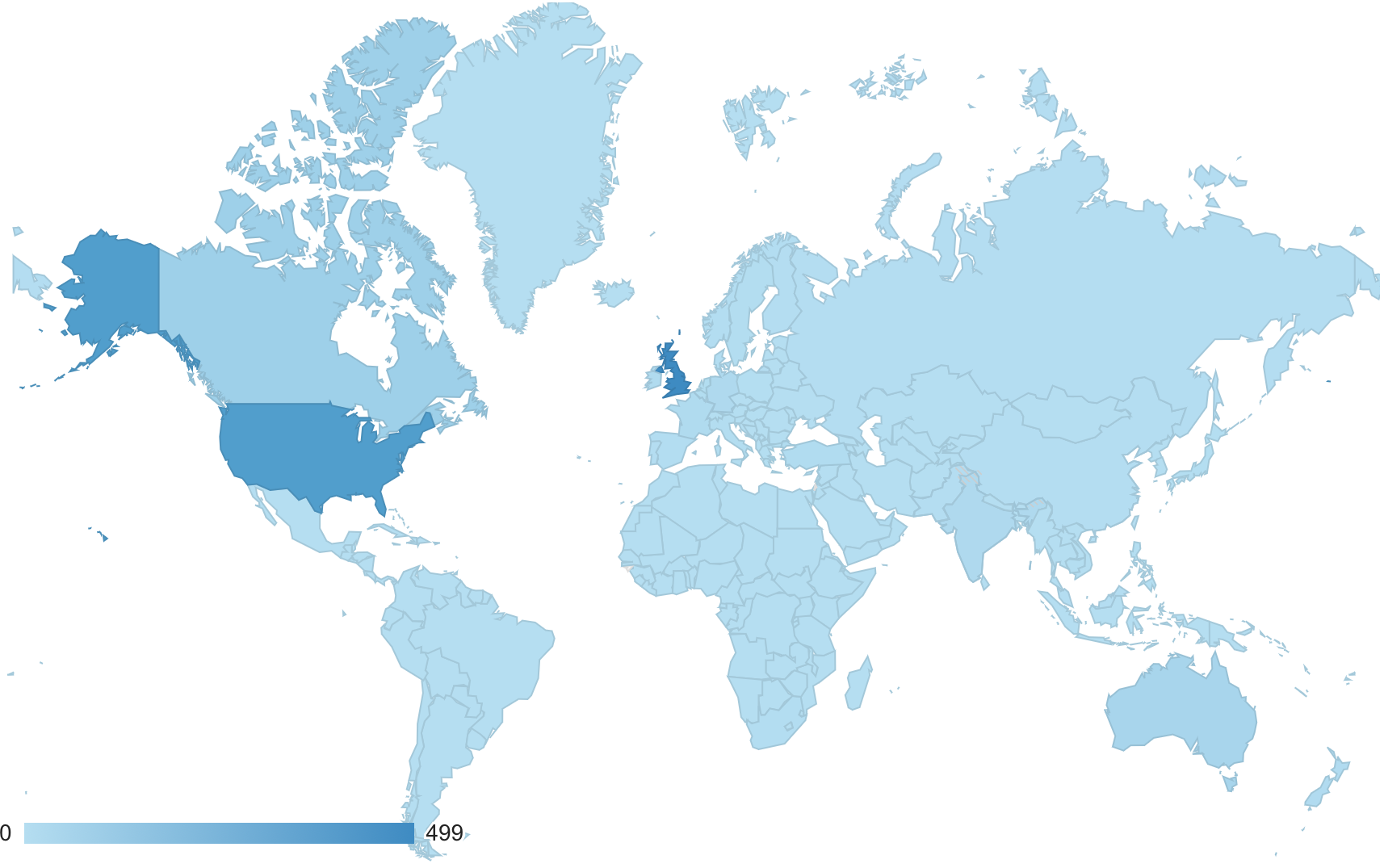 And here’s a table of what percentage of users have come from which country:

Here’s where visitors to the site came from: 60% from a search engine, and 30% “direct” visitors (e.g. browser bookmarks, or typing in the URL). 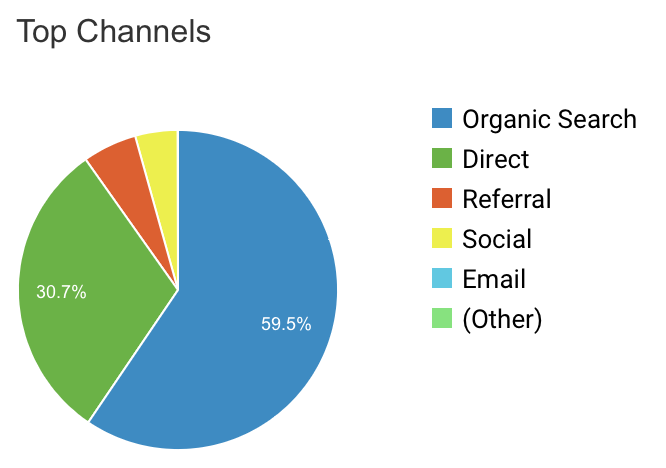 Unfortunately I don’t have any data on which queries people have used on search engines, that resulted in them visiting the site – I think I should have changed a setting in Google Analytics when the site switched from http to https some years ago. Shows how often I look at the stats!

Over the first five months of 2022, here are the most popular web browsers used to access the site:

And using these operating systems:

The @samuelpepys Twitter account started tweeting excerpts from the diary entries in “real time” in 2009 and by the end of the first cycle in 2012 it had 31,398 followers.

Now, after the account’s first complete cycle of the diary, it has 71,016 followers. It tweeted 13,873 tweets over the course of the diary – this will probably be fewer next time, because the maximum length of tweets grew from 140 characters when the diary started in 2012, to 280 now.

According to the stats on Feedburner, the diary RSS feed has 282 subscribers, a figure which dropped suddenly and drastically in 2021 as seen by the green line on this graph:

That’s always been a strange and erratic graph and I don’t think a count of RSS subscribers can be accurate these days. I’m guessing the big drop was something to do with Google suddenly paying the service more attention last year.

(What are RSS feeds?)

Those changes at Feedburner also meant moving the daily email newsletter from the service – which was a very simple one – to the same place as the email discussion group, Groups.io. This process proved to be frustratingly complicated for all involved, for which I apologise.

At the time of the change over there were 2,559 people on the previous email list, with 1,931 marked as “active” and being sent emails.

The main discussion group has 637 members, although some of those are people who had to subscribe in order to subscribe to the diary-entries “sub group”. Maybe I can simplify this process before the diary starts again.

Let me know if you have any other questions about this kind of thing and I’ll see if I can find the answers.

Is there any way of mining the age of readers? Are we entertaining the retired, or contributing to the education of the high schoolers? Not that that would make much difference ... this is X-rated on occasions because of Pepys, not the annotators.

And thank you for commiting to a third cycle. You are a Prince.

I hope you and your family enjoy the Jubilee weekend, and your 7 month vacation from this wonderful endeavor.

I’ve been subscribed to the RSS since roughly halfway through the first run. I use Feedly. So there’s one more data point for ya. Thanks for everything, Phil!

Thank you, Phil, very interesting. I feel inclined to start the cycle again!

I only caught the last nine months or so, so I'd definitely love a full trip 'round the Diary!

I've been through half of the first round and all of the second, and look forward to the third. Pepys always seems to have something new to say. Thanks, again, Phil.