Skip to main content
Samuel Pepys and the Stolen Diary 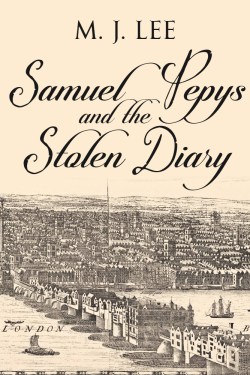 [Disclaimer: The author sent us a free copy of the book; we were under no obligation to say something good about it! Phil.]

Not a book for serious academics, this is a fast-paced bit of Pepysian fantasy in which Sam and Will Hewer set out to retrieve a necklace and the last volume of the diary, which have been stolen in mysterious circumstances.

As a regular Pepys reader, I found that the dialogue could be painfully anachronistic at times; modern (American) idiom is overused (“any time soon”) and some characters sounded more Victorian than Restoration (“tea-leaf” is Cockney rhyming slang). The plot is fast-paced, occasionally lurching into the feverishly surreal; Sam and Will with a leather-clad Aphra Behn in an armed scuffle? A seventeenth century “car chase” scene? Too much!

In the book’s defence, M J Lee has clearly done his research. I loved the descriptions of the locations; Chatham Dockyard was especially well done including the rope walk, Hill House and a vivid portrait of a Royal Navy ship. I even warmed after a while to the characterisation of Pepys as a wily detective with brave, faithful sidekick Will aided by the bumbling but loyal Balty. (Think Poirot supported by Ron Weasley and… er… Obelix.) Other random diary contemporaries make an appearance: John Dryden, Will Betterton, Nell Gwynne, several Navy Officers, the whole Royal Court and ultimately the King himself. The denouement is pure theatre. But then that’s the point.

If you’re looking for an amusing summer read, this might be it. As Pepys himself said, “many things in it are good and some frivolous”.

I still wonder whether Elizabeth Pepys had something of a Franch accent in view of her family background and her schooling in France. I recall hearing a sketch in which the accent was accentuated!